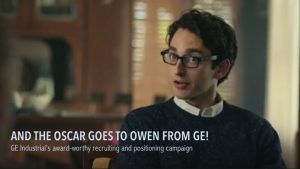 This article originally appeared on tedmag.com on April 22, 2016.

At last year’s NAED AdVenture marketing conference, a whopping 60 percent of attendees were female, and approximately 43 percent were under age 36.

Contrast that with the demographics of electrical contractors.

“How do I market to people who are very different from me?”

A good marketer gets to know their customers, inside and out—who they are, what keeps them up at night, and how they make decisions. By understanding customers’ concerns, buying habits, attitudes, preferences and behaviors, you’ll get a feel for what kinds of media and messages they’ll respond to. Along the way, you’ll also learn about trends in their businesses and industry.

“How do I learn more about my customers?”

Following are seven ways you can find out what makes your customers tick. Some are pretty easy; others are more involved. But all should yield valuable insights..

Is there a LinkedIn group or social media platform where your customers and prospects hang out? Observe without participating or commenting to learn what’s important to them.

If you can’t talk directly to customers, talk to those who do. Counter staff, inside sales, outside sales, and customer service representatives can give you insight into what your customers care about.

Get out from behind your desk or computer and attend counter days, workshops, training sessions, and other opportunities to get to know your customers. Try to uncover your customers’ hot buttons and pain points.

Call or email some of your key customers and ask specific questions—like how they want to learn about new products and services. Or take them out to lunch. Explain that you want to better understand their business so you can better serve them.

Curious about what media your customers are consuming? Want to know what social media platforms they’re using? Wondering how much they use their smartphones? Ask them!

To get honest feedback about what your customers think, conduct a focus group or establish a customer advisory council that meets every year. Rotate members out every few years to get fresh perspectives. (To make sure you get candid comments, hire an outside facilitator and leave the room.)

How can I apply this knowledge to be a better marketer?

Here’s an example. The electrical contractor’s role is evolving as they become more heavily involved in design and specification. Also, building systems are becoming more integrated and interdependent, using data hubs that communicate with each other. All systems are tied together; so all the products must be compatible with each other.

This knowledge should change the way you position and brand your company, and the way your salespeople are trained, too. Instead of just selling and marketing products, you’re marketing your staff’s expertise and product knowledge.

The trick is putting yourself in your customer’s and prospect’s shoes. That means not just understanding their wants and needs—but speaking their language. That takes a little more practice. But the more research you do, the easier it gets.

Olson is a marketing and public relations consultant, and principal of Katrina Olson Strategic Communications. She has written for tED magazine’s print edition since 2005, judged tED magazine’s Best of the Best Competition since 2006, and emceed the Best of the Best Awards ceremony for a total of seven years. She can be reached at Katrina@katrinaolson.com or via her website at katrinaolson.com

There’s a lot of chatter in the electrical manufacturing and distribution industry about hiring and retaining millennials. What does this have to do with marketing, you ask? Well, marketing is about reaching the right people with the right message at the right time.

In September 2015, GE launched this series of late-night TV commercials designed to recruit software developers for its Industrial Internet business by positioning GE as “The digital company. That’s also an industrial company.”

In the first three spots—part of a series titled, “What’s the matter with Owen?”—Owen tells his friends and family about his new job as a developer at GE . His friends and family are skeptical and less-than-enthusiastic in their responses. (Kind of like when I told my friend I was engaged to an engineer. She wrinkled her nose and said, “Oh.”)

Here’s the “What’s the matter with Owen?” spots:

Last night’s Oscars debuted three new spots featuring Owen’s friends who desperately want to work at GE now that they realize it’s a cool “digital industrial” company. The spots were posted by GE on YouTube just five days ago on Wednesday, 2/24. Here’s the campaign’s next phase, “The world is catching up with Owen”:

The spots are not only entertaining—they’re effective. AdAge.com reported that the campaign resulted in a massive increase in resume submissions to the firm.

The spots are also running online, including GE’s website, YouTube, Facebook and other social channels. GE launched an internal campaign to generate excitement among employees, including sending emails to all employees named Owen first to build social chatter, according to Andy Goldberg, global creative director at GE (from AdAge.com).

What can we learn from Owen and GE?

Millennials are even tweeting selfies with Owen!

So the big question is: How you can apply this strategy to recruit millennials to your company? And if I can help, email me!

Katrina Olson is an award-winning advertising copywriter and creative director, marketing and public relations consultant, freelance writer, content developer, trainer/coach, former college professor, and principal of Katrina Olson Strategic Communications. She can be reached at katrina@katrinaolson.com or via her website at katrinaolson.com.