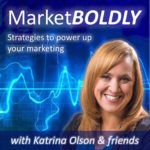 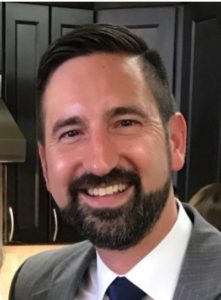 Join me with guest Michael Evanko, VP of Reading, Pennsylvania-based Fromm Electric Supply in this second installment of this discussion about the digital transformation in electrical distribution. If you’re still figuring out how to get started, tune in to learn:

Michael discusses his experience and offers suggestions for those just beginning their digital journey. It’s not as difficult as you think if you have the right approach and the right people on your team.

Join me with guest Michael Evanko, Vice President of Marketing for Fromm Electric Supply of Reading, Pennsylvania as we talk about Fromm’s digital transformation and how they’re navigating the challenges of technology. You’ll learn:

If you you’ve been struggling with how to get your company to embrace the digital age, this episode is for you. Watch for Part 2 for even more information to help your company begin its digital transformation.

This article originally appeared July 13, 2015 as an Exclusive Feature on tedmag.com.

Last week we talked about how to be planful (I just looked this up; it’s a real word!), strategic and empathetic; how to incorporate you-view; and why storytelling is important in your writing. Following are a few more tips for improving your writing for marketing, public relations and internal communications.

Create a blueprint for success.
You wouldn’t build a house without a strong foundation and frame; and you shouldn’t write a press release, feature story, brochure or ad without a solid outline. It doesn’t need to be formal with Roman numerals, letters, etc., but take a few moments to think about the structure of your story. What is your theme? What are your key points? How will you intro and outro your content?

Go with the flow.
Good and effective writing flows smoothly, from thought to thought, paragraph to paragraph. Organize your points logically and think about how you can make connections between main points. Use transitional phrases or words such as “therefore,” “similarly,” “that’s why,” or “That’s important, but so is this” to segue to your next thought. Avoid weak and overused transitions like, “My next point” or “Moving on” and “Speaking of.”

Get personal.
Rarely do a group of people read a story, article or blog together. Usually, it’s one person, reading on their phone, tablet or computer. So write directly to them. I’m always a little offended when I get a letter from my child’s school that starts, “Dear parents.” I am only one parent. Or when I receive an email from my credit card company that starts, “Dear valued customers.” I am one customer. Write in a conversational tone without being overly intimate or informal. Use contractions. Use lots of verbs. Be friendly.

Accuracy is everything.
Be sure to fact-check, spell check, grammar check…because one small error, especially in a customer’s personal or business name, can completely blow your credibility. Even if you think you know how to spell a city name, last name, company name, or even a phrase, look it up. It takes only seconds and it may save you from personal embarrassment or the ire of an unhappy client or customer.

Sweat the small stuff.
Specifics are always more interesting than generalities. What if I told you I just bought a new car? Would you reply simply, “That’s great.” Or would you ask what make, model, color and year it was? Maybe how many of those all-important cup holders it has?

Now let’s apply this to your business. If you’re writing a press release, article or blog post about someone starting a new job or getting promoted, include details about their past employment, previous positions, years of experience, length with the company and notable accomplishments. This gives you an opportunity to showcase your staff’s expertise and leverage your release for more than just a simple announcement.

Does writing well really matter?
Short answer? Yes! According to a study by statisticbrain.com, the average human attention span in 2015 is 8.5 seconds. As far back as 2001, a study by website host and content delivery network Digital Island claimed we have only 4 seconds to grab a website visitor’s attention before they decide to leave or stay.

And that’s just to get their attention. The real challenge is keeping it. Would you believe that one-fifth of managers surveyed by temp agency Accountemps said they throw resumes away after spotting a single spelling, grammar or punctuation mistake? Another 28% said two typos would cost applicants an interview.

Do I have a t-shirt that says, “I’m silently correcting your grammar”? Yes! Did I teach class dressed as Officer Ivana Spellright for Halloween last year? Of course I did. Am I a grammar nerd who is passionate about the English language? You bet. But so are a lot of your followers, readers and customers. And they will be offended by blatant errors.

But more importantly, they want to be rewarded for spending their precious 8.5 seconds reading your material. And they want a reason to keep reading. To increase your chances of holding their attention, tell your story well in language that is engaging, easy to understand and accurate.

This article originally appeared 4/27/15 as an Exclusive Feature on tedmag.com.

We’ve been exploring ways to get your target audiences to pay attention to your marketing content. You may recall points two and three from Marketing Momentum of April 13:

3. Focus on one message per communication.
Don’t put too much information in one email, Facebook post, ad or video. Readers will get bored and just stop. Send targeted messages to targeted groups.

At first glance, these two concepts seem at odds with each other. But when you combine them, you create a powerful marketing message. And it’s easier than you think. Check out this TV commercial for the new Apple Watch.

It’s “easy to scan” because it shows the watch’s capabilities and style choices instead of talking about them.

And even though the commercial features multiple images and glamour shots of the watch, the single, focused message is, “This watch looks sleek and contemporary, like your iPhone, and can do almost everything your iPhone can do.”

How do you know what your single, focused message should be?

First, determine what your audience most wants to know. Start by asking yourself (or your customers) these questions:

Next, choose tactics—website, brochure, video, news release, feature story or social media campaign—that can best illustrate and communicate that single message. As you’re executing that plan and message, be consistent in your use of color, font, imagery (photos or illustration), layout and design, and even the wording (or “copy”).

By consistently communicating your message, you’re benefitting from the synergy of all pieces working together with a common look, feel, theme and message.

You’ll want to support your key message with subpoints or additional features and benefits. What proof can you give to back up our claim? How can you expand on or further explain your key message in a way that’s quick and easy to read? In print and online, we often use:

By making your print ads, web content, blogs or direct mail pieces easy to scan, your audience gets the main points, even if they don’t read the entire message or even pay full attention.

NEXT WEEK: In next week’s Marketing Momentum, we’ll discuss how to be funny, engaging and relevant.

This article originally appeared 4/13/2015 as an Exclusive Feature on tedmag.com.

The term “content” is tossed around like it’s something new. Good marketers have been providing content for decades—in newsletters, workshops, seminars and (gasp) one-on-one, face-to-face interactions.

1. Our attention spans are shorter.
The average human attention span in 2013 was 8 seconds, down from 12 seconds in 2000 (According to the National Center for Biotechnology). By comparison, a goldfish’s attention span is 9 seconds. Wait, what?

2. We’re a nation of multitaskers.
Only 2% of us are actually good at multitasking, according to Psychology Today—but we all think we are.

3. We’re increasingly mobile.
In January, Americans used mobile devices more than they used PCs to access the Internet. For the first time ever, more than half (55%) of Internet traffic was smartphones and tablet apps. (According to research firm Enders Analysis and featured in CNN Money on 2/28.)

How do you adapt your content to fit these trends?

1. Tell your story…quickly.
Be concise and to-the-point. Concise doesn’t mean brief; it means not using more words than necessary.

3. Focus on one message per communication.
Don’t put too much information in one email, Facebook post, ad or video. Readers will get bored and just stop. Send targeted messages to targeted groups.

5. Capitalize on opportunities in real time.
When the lights went out at Super Bowl XLVII, Oreo almost instantly tweeted, “You can still dunk in the dark,” with a picture of an Oreo cookie highlighted against a dark background. It was retweeted 10,000 times in one hour. And it didn’t cost them a dime in media.

6. Use visuals.
A picture really is worth…well, you know. If you’re “of a certain age” and I say, “Because so much is riding on your tires,” you can’t help but picture a baby with a Michelin tire.

7. Communicate often.
You’re competing with my spouse texting me to pick up a birthday party gift and my boss emailing about that report. You’re likely to get lost in the shuffle if you don’t stay in touch.

8. Give them what they want.
I get Groupon email emails daily. But I don’t mind because: (1) I gave them permission and (2) the offers are targeted to my interests. What do your customers want?

10. Make phone numbers clickable and trackable.
All they have to do is click to call. This article by LunaMetrics tells you how.

The rules of engagement haven’t changed. Marketers have been following these principles in print ads and billboards for years—now they’re just more important than ever.

In future Marketing Momentum columns, we will dig deeper into each of these 10 trends to give you a better idea of how they will improve your marketing efforts.